Syrian Refugees Find Faith, Life (It Could Happen in Your Town)

The Syrian crisis continues to be a humanitarian issue that should rivet the world. The renewed assault on Aleppo, by a variety of forces, is creating unfathomable pain. Political leaders, thinkers, religious figures and aid workers should come together and figure how to end the dismantling of a once prosperous and free country.

But God isn't waiting for any those things before He acts. Last year I spent time in Jordan listening and observing, to see how God is at work in two different refugee fronts - the ISIS situation in Northern Iraq and other states and the Syrian Civil War.

Here's the headline that I came away with - God is alive and well.

I visited a growing little church that is just a few years old. It's located in a small town that is predominately Muslim. But the Syrian refugees have swelled the population, and the demographics of the town are changing.

About 80 men, women and children gathered in the subterranean grotto. It didn't take long for things to pick up. The music started and hands began to clap. Bodies swayed and the Spirit began to move. I didn't understand a word, but I was able to recognize a holy language.

During an especially jubilant song, the somber evening call to prayer came from the nearby minaret, fighting for the same airwaves. The contrast was stark. To begin to understand the significance of this congregation, realize it isn't just Christians who attend. The pastor and his wife have lovingly reached out to all Syrians, regardless of their faith or background.

They have visited them, given them groceries and helped them navigate paperwork and other issues regarding their refugee status. They started with a few people in their living room. Then they began to spill out into the hall. And then they moved into a small facility and then outgrew that. They have made it a point to love first. 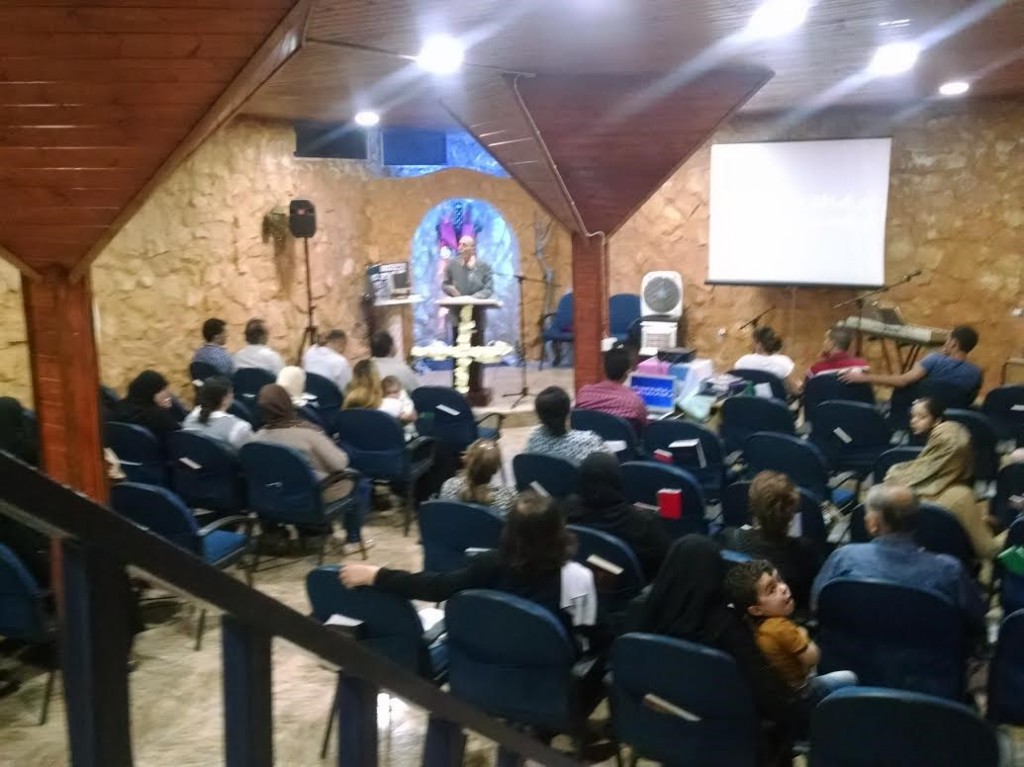 This shaking is leading to changed hearts

Many from other faiths attended the service. I sat behind a woman in a full hijab. I wondered why was she there. Maybe she had the vision? Maybe she was questioning her faith? Maybe she was there out of curiosity or possibly to gain a political benefit. Quite possibly, she was there because of the love shown her by this couple and other concerned Christians. Regardless of the reason, she had some risk by attending. I silently thanked her for her bravery, and all the others who were there listening to the same voice. Her eyes blinked rapidly, but she was otherwise motionless during the music. But when the message began out of the book of John, her head would nod in agreement. The word penetrates.

There are some amazing things happening throughout the Middle East. I wrote about it extensively here. But for now, consider this. The shaking that is happening - caused by politics, oil, power, greed, or religion - is an opportunity for those with nominal faith or no faith in Jesus to be "uprooted" from their comforts. Most of us came to faith not out of coziness, but of crisis. Along the way, these immigrants, refugees and displaced peoples are meeting Christian aid workers and concerned people who are opening their hearts. Mission-minded people are reaching out to them in love and hearts are slowing changing. I saw it with my own eyes in this church.

The return of the church to its first home

The interior of the building is new and modern with a hardwood ceiling, sound system and freshly poured floor. It's not a grand temple, but a subterranean grotto with a distinctive old-world feel. Thanks to the financial help of some church goers, foreign believers, and local team of aid workers, the worship center is now just the right size.

The exterior church walls didn't need to be built. Many of them were already there, using the ruins of Byzantine-era buildings that had been part of generations of homes. They sit solid, as heavy, uneven red stones with jagged cut marks left from the masons of old. Just outside the current church is a still-standing doorway from days gone by. Above the door was a distinctive cross. I felt a shiver down my spine. 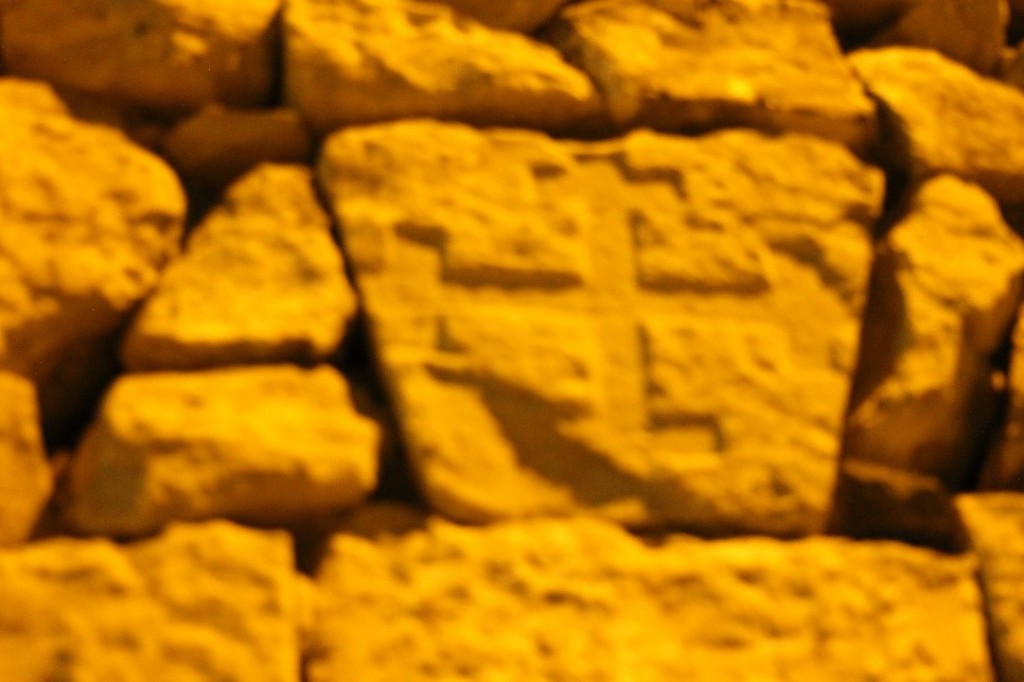 This little church was built on the very stones of a Christian town that had been silenced for 1400 years. The Middle East is the home of Christianity. We sometimes forget that. The Christians were scattered and dispersed away from Israel. Some of the oldest churches in the world are in Ethiopia, Armenia, Turkey, Iraq, Egypt, Jordan and Syria. Today, the new songs of praise are echoing off the very same walls that might have heard the songs of ancient worshippers. What seemed so barren and dry is now a river of joy.

Don't give up on God

Here's a message we all need to hear. Don't give hope. The mission of the living church seems to be dying in so many places. It used to be China, Africa and the Middle East were considered to be hopeless. But all around the world, things are changing. '

It seems as if Christianity is on the wane in the "civilized world.' Likely, right in your backyard. We feel small and insignificant because of politics and culture. We are minimalized and marginalized. So we turn to apathy as an old friend. But friend, don't let go. Because it's never too far gone for the rocks to breathe again. Wherever we are - or you are - it's never too late for renewal. It's happening here. And it could happen there.

At the front of the church is a cross. Thumbtacked to the wood are the handwritten prayers for friends and neighbors and family still in Syria. Always hopeful. Unceasing prayers. 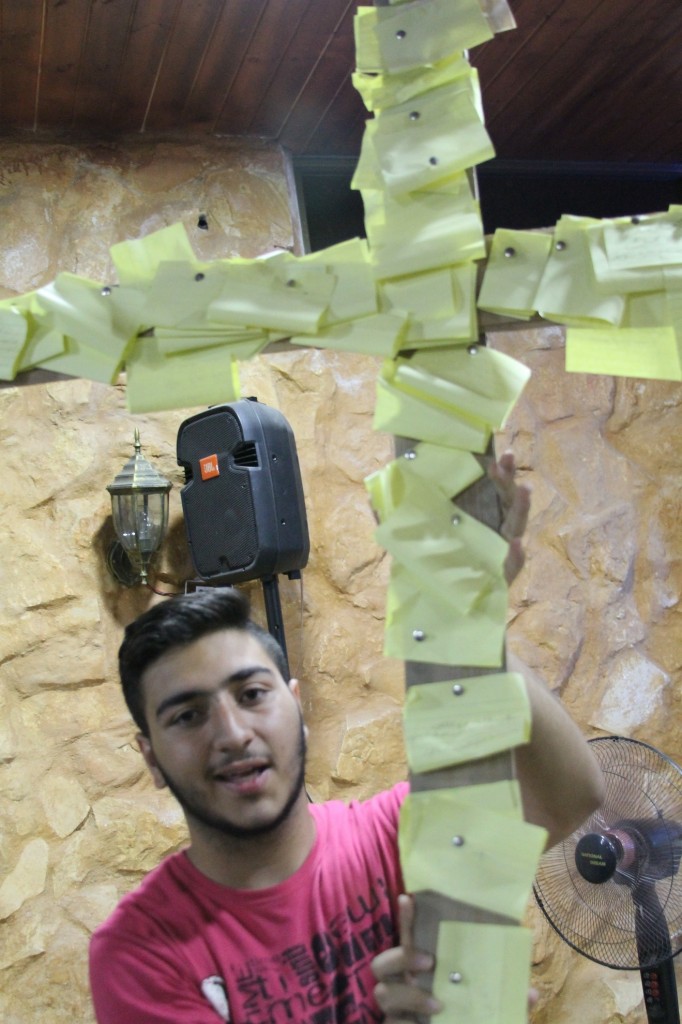 This story is part of a series written after a journey to Jordan  where I met with Syrian and Iraqi Christian Refugees. Please read and consider sharing each of them.

Kneejerk: The Paris killings are bad for Christian refugees

ISIS interrupted their wedding plans, but not their love

Syrian Refugee: "Whenever I look in my baby's face, I think of home"

Family of five: We pray for ISIS

This Syrian family is looking for home

The straw that broke the camel's back

Miracles in the Middle East: Is there hope in the Chaos?

A Christian (and sane) response to the Middle East refugee crisis